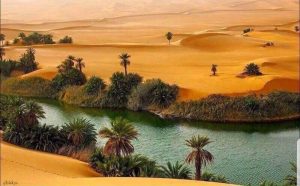 “The Empty Quarter is a site rich in geological formations, and is famous for many oases and water fountains, as its environment is dominated by dunes.

geological studies targeted the Empty Quarter with many types of research that confirmed the existence of human groups that lived near the basins The water, where arrowheads have been found, confirms the human practice of fishing and humanitarian trips have not stopped at this site over the years.

This is how the name was given to the Desert of the Empty Quarter, and a number of archaeologists believed that the ancient civilization of “Ad”.

described by the Qur’an as “the toss of the same pillar, which did not create the same in the country”, prevailed under the belief of a number of archaeologists. The sands of this desert, but they have not found anyone to discover. 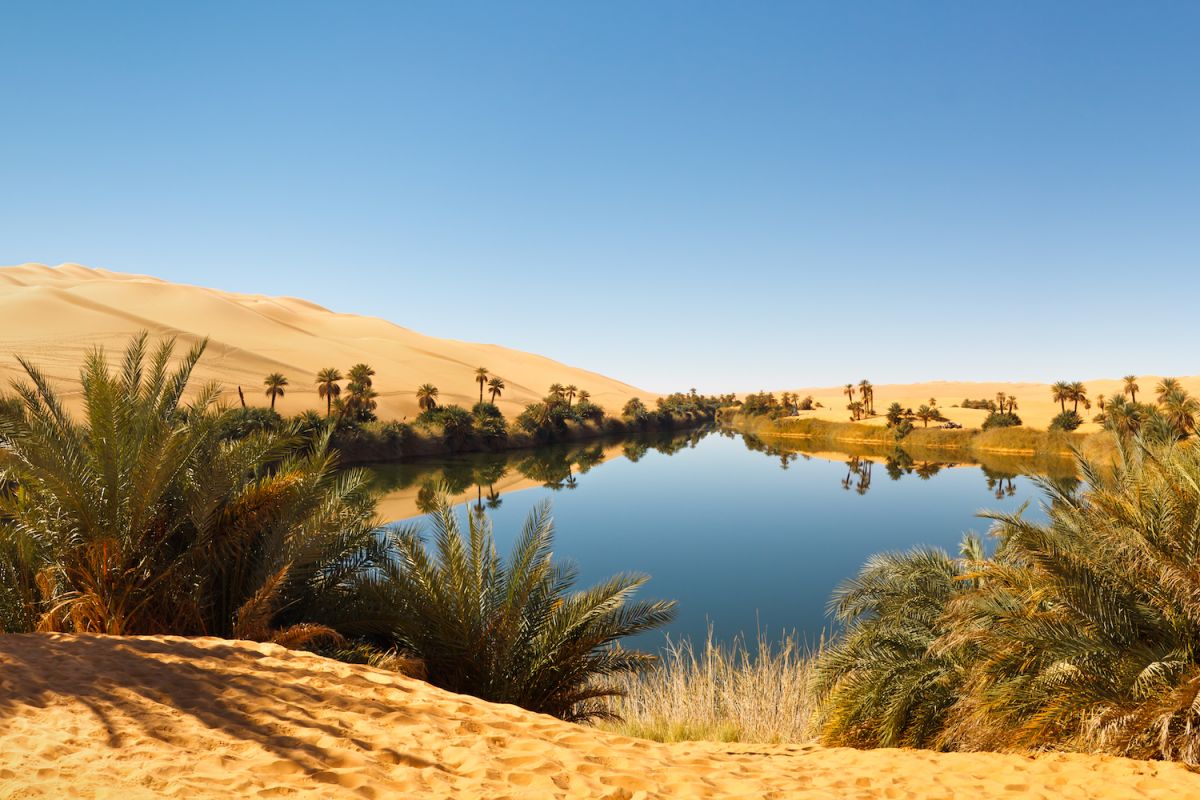 While the geologist Dr. Hammoud Al-Shati revealed the most important features of the quarter devoid of forms of beauty in the sand dunes, and the presence of groundwater,

and described in his talk to “Arab.net” treasure that buries many riches, the most important of which is black gold, gas, and groundwater.

The rains and the water leftover from the recent storm, “McCaughey” and its impact on the Empty Quarter, are a rare condition that has not passed in more than 30 years, and this water will permeate the sand to groundwater sites for years due to gravity.

He pointed out that there are many forms of sand of the Empty Quarter, including star, longitudinal, sword and other beautiful forms.

which express the identity of the place and the history of man, the site is a world of secrets buried under the atoms of sand, and studies have also included meteorites that fell in The Empty Quarter, caves, castings,

and all available geological factors, which the Saudi government has not hesitated to research and explore, and has worked all the studies in an attempt to discover its secrets.

For his part, geologist Dr. Abdullah al-Omari in an interview with “Arab.net”, that the water currently in the Empty Quarter, is present in geological formations because it is located in the south-eastern part of the Arabian Peninsula and covers a very large area,

and all the watercourses come from the shield Al-Arabi is from northern Saudi Arabia, from Wadi Ruma and many valleys.

“Three years ago, we carried out a study to explore the water resources in the Empty Quarter, and we found two types of water,

including water near the surface and a simple period that ends with fumigation, as is the state of water that currently exists after the last hurricane, and other water is water in the formations.

Geologically up to 4 km below the surface of the earth, there is very abundant water in the Empty Quarter areas at a site 500 km from The City of Harb.”

He referred to exploratory studies in the Empty Quarter, which had proven to be a desert rich in water resources, but that a large proportion of the existing water was high in sulfur, not continuing at a single location.

In the past, the Empty Quarter was thought to be running rivers, a prevailing idea, but geophysical studies revealed deep streams, some continuous and others interrupted, some sites rich in water, others with formations and oil and gas layers.

Water is increasing southeast on the Saudi-UAE and Omani borders, which are water-rich areas due to the presence of water depressions because the water is clustered towards the slope and the slope of the layers to the east or southeast.

After Hurricane “McConaughey”
“These waters are shallow and take many years to turn into an aquifer, and the water in the empty rents is mostly formed with the ice age that covered the whole world 10,000 years ago, and this water is located at the bottom of the dunes,” al-Omari said.

Despite the harsh natural environment in this region and its lack of human activity, it is rich in oil, natural gas, radioactive minerals, glass sands, and solar energy, and the drilling of test wells in the east and south-east of the Empty Quarter desert shows that water is abundant in Limestone formations, the same water-bearing layers in the Al-Ahsa region.

A British adventurer crosses the Empty Quarter desert in 44 days. How did he find his way?
If you’re considering an expedition to the world’s largest sand-sand plain,

the Empty Quarter Desert, here’s the extraordinary experience of British explorer Adrian Hayes, which he and Emiratis took in 2011, and ended with a warm welcome on the Abu Dhabi Corniche.

boasts stunning views of its huge and endless sand dunes, famous for its 1940s and 1950s, thanks to a British explorer known to Bedouin tribes as “London bin Mubarak”, Wilfred Thesiger.