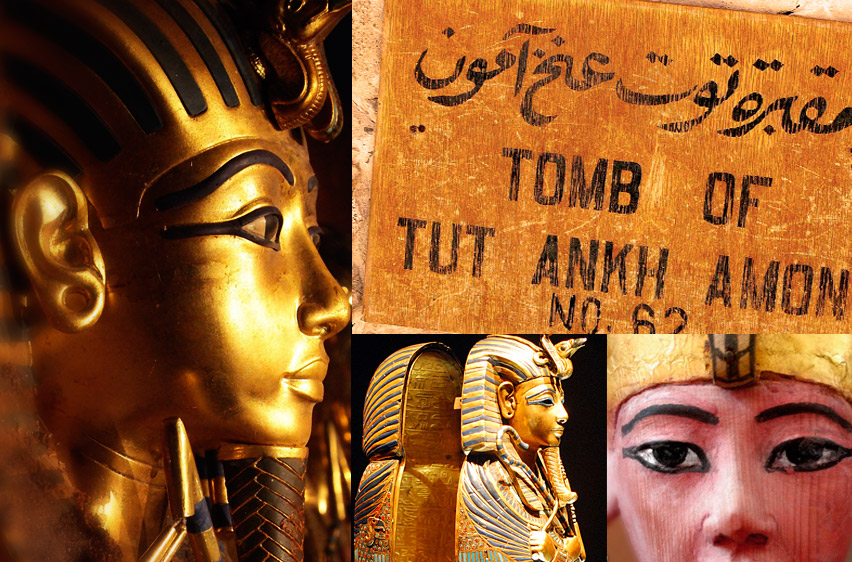 Tut Ankh Amun’s mummy discovery is the biggest archeological discovery in the nineteen-century.

discovered the tomb of Tutankhamun who was mummified, up to the ancient Egyptian tradition, and buried in

jewelry, wall paintings, and treasures. by removing the sands which hid the tomb for more than 3,000 years.

the story of discovering one of the days one of the waterboys discovered the tomb,

which is hidden in the debris and sand near the entrance of the tomb of King.

Ramses the sixth in the Valley of the Kings in Egypt.

the search for the tomb last almost 6 year

found an incredible collection which over 5000 objects.

The most splendid architectural discovery was the golden mask which was made out of solid gold,

the mummy of the boy-king Tutankhamen was inside the golden sarcophagus,

preserved for more than 3,000 years. Most of these treasures are now displayed in the Cairo Museum and many of the Tutankhamun exhibitions which are scattered all over the world.