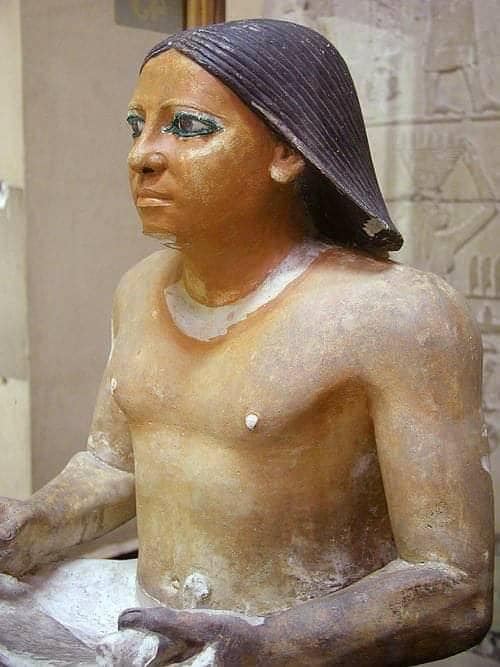 Egypt scribe is an important title

Egyptian royal scribe has been known writing since ancient times. They started writing about 6,000 years ago.
The Egyptians first began to use broken pottery pieces and broken stones or animal bones as paper.
nowadays, the paper is also called papyrus painting.
Paper, is a plant that grows on both sides of the Nile.
Even the blackboard has been known.

How do we know that information?

Egyptian historical data are all carved on the walls of monuments and also written on paper.
the scribe sits cross-legged and holding a pen in his right hand and the side of the paper in his left hand and then seriously looking at the person facing him and listening carefully.
This general writing scribe.
Another type of scribe is staring at the paper to read the letters.
This statue dates back the fifth dynasty of the ancient kingdom of the Egyptian pharaoh era
Limestone made.
The biggest minister should basically be a scribe.
Also, the minister should be a scribe.
The only secret should anyone knows. Pharaoh says.