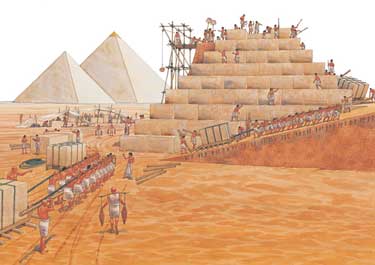 the history of the Khufu pyramid(Cheops) facts. Khufu is the second king of the Fourth Dynasty in ancient Egypt pharaonic history.
the owner of the great pyramid, let’s know some facts :

Khufu pyramid is one of the most important monuments all over the world.

Khufu pyramid is still a mysterious building.
how it was built is still an unanswered question and a big question mark.

the aliens built it, the slaves, the foreigners or the Egyptians or the one reading the article right now at this moment he is the one who built it.

from that time all world just asking one single question, who built and how it was built? 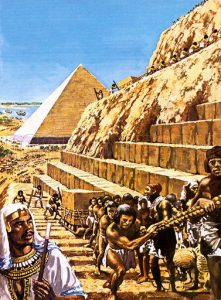 the salves built it or no :

of course no
because4500 years ago building a pyramid it was like building a synagogue, a mosque or church or any other worshiping or holy place.
at that time more than 4500 years ago the Pharao was a holy figure sometimes known as the son of god or semi-god half person and half god.
so the pyramid is part of glorifying the holy figure, so the worship calling to the perfection.
but the slaves don’t worship the religion of the ancient Egyptians,
so the true builder should glorify the king and consider him as a holy figure,

so should ask our selves,
slaves if they like the king, should build it like that perfect but of course, the slaves don’t like him why, because slavey no leading to the perfection and the pyramid is perfect.
and no slave-like or love his lord.
so it’s away from the slaves to be the builders of the great Khufu pyramid.

the aliens built it or no:

the ancient Egyptians built it or no:

the perfection of the great pyramid telling us the builders so like and love, glorifying the pharaoh the result is that perfect pyramid.

the other evidence we found over 500 tombs for the builders of king Cheops pyramid.

a lot of wall paintings inside their tombs informing us they participate in the construction of the great pyramid.

the facial features of the builders are typical to the ancient Egyptian people.

a lot of the mummies had a lot of surgical operation scars so the king to thank them, let them be built together in the same area, just the king reward them.

and that’s reward it was the clue to tell us about the true builders.